The Great Lakes are a series of interconnected freshwater lakes primarily in the upper mid-east region of North America, on the Canada–United States border, which connect to the Atlantic Ocean through the Saint Lawrence River. The Great Lakes have a humid continental climate, and winter becomes severe without which halts over-the-water transportation.

The local scenery on the ground is as follows. 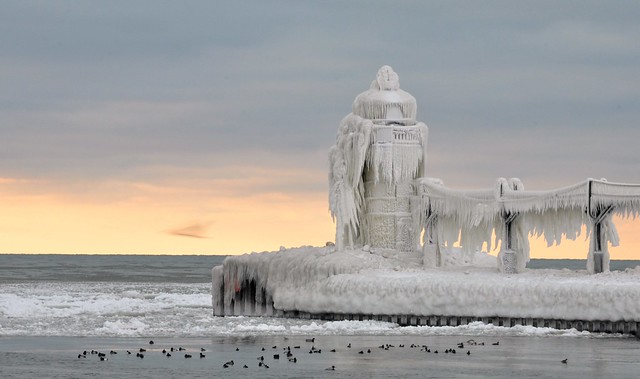 Born in Malaysia, spent his youth in South East Asia and Los Angeles, U.S.. Strongly moved by Japanese science documentary TV program “The Miracle Planet” in fifth grade, grew strong interest in space and Earth, and majored planetary science at graduate school. Was engaged in international financing transactions for 10 years at a U.S. investment bank and a Japanese investment firm. Established LiVEARTH, Inc. in 2014 with a mission to “provide Earth-overviewing perspective to the world”.